Our calling is to BOTH “creeds” AND“deeds”! It is not  either/or!

Why the Rising Social Awareness in the Church Should Encourage Us

Recently, we have begun to see an encouraging trend in Christian circles: a greater awareness of violence and oppression (such as human trafficking), as well as an increased concern for rescuing and caring for victims. We are seeing an explosion of attention to social justice issues in organizations like Passion, International Justice Mission, and the World Evangelical Alliance, and with the publication of books like God in a Brothel and The White Umbrella. Everywhere you look, churches, parachurch organizations, and individual Christians are waking up to the hidden world of injustice, violence, abuse, and slavery around us—and taking action.

The Bible does not hesitate to depict the harsh reality of violence and oppression, and in fact God’s people are clearly called to fight for justice and mercy for all people. Throughout the entire Bible, God is portrayed as one who is just and merciful in his dealings with humanity. Psalm 68:4-5 says, for example, that God is “a father to the fatherless, a defender of widows.” Theologians from a wide variety of backgrounds—from Gustavo Gutierrez to Nicholas Wolterstorff to Tim Keller—have concluded that God has a special place in his heart for the poor and vulnerable. Indeed, part of Israel’s vocation was to enact social justice, not for its own sake, but because in so doing Israel would reveal the character of God to the surrounding nations, as a city set on a hill.

At the beginning of Jesus’ ministry, he stood up in the synagogue at Nazareth and declared that these words of Isaiah were fulfilled in him:

The Spirit of the Lord is upon me, because he has anointed me to proclaim good news to the poor. He has sent me to proclaim liberty to the captives and recovering of sight to the blind, to set at liberty those who are oppressed, to proclaim the year of the Lord’s favor. (Luke 4:17)

In this declaration and his ministry, Jesus showed that bringing freedom for captives and relief to the poor and oppressed is crucial to his divine mission. His ultimate act of liberation was his substitutionary death and victorious resurrection, which set his people free from slavery to sin and death. Yet his teachings and his example show us that proclaiming the good news of Christ’s saving work should be accompanied by tangible acts of love, service, and mercy toward our neighbors if the gospel message is to be recognized in its full power.

Throughout his ministry, Jesus’ example revealed God’s heart for the despised, the weak, the abused, and the vulnerable. Jesus spent significant amounts of time with children, women, the poor, the diseased, Samaritans, and other outcast and disliked groups, valuing and loving those who were excluded by the society of his day. This paradoxical approach to the power structures of the world is echoed by Paul when he writes, “God chose what is foolish in the world to shame the wise; God chose what is weak in the world to shame the strong; God chose what is low and despised in the world, even things that are not, to bring to nothing things that are, so that no human being might boast in the presence of God” (1 Cor. 1:27-29).

Historically, the Christian church has, at its best, been known for exemplary love and sacrificial service to the poor, oppressed, and marginalized. Such service has provided a powerful apologetic for the gospel. The fourth-century church provides just one example:

In his attempt to reestablish Hellenic religion in the empire, [the Emperor] Julian instructed the high priest of the Hellenic faith to imitate Christian concern for strangers. Referring to Christianity as “atheism,” he asked, “Why do we not observe that it is their benevolence to strangers, their care for the graves of the dead and the pretended holiness of their lives that have done most to increase atheism?” He therefore instructed the priest to establish hostels for needy strangers in every city and also ordered a distribution of corn and wine to the poor, strangers, and beggars. “For it is disgraceful that, when no Jew ever has to beg, and the impious Galilaeans [Christians] support not only their own poor but ours as well, all men see that our people lack aid from us. Teach those of the Hellenic faith to contribute to public service of this sort.”

Similarly, in more recent history, Christian churches of the 18th and 19th centuries led the charge for the abolition of slavery, again providing a strong apologetic for the Christian faith and visibly embodying Jesus’ mission to proclaim liberty to captives.

Social action is an opportunity for Christian churches to take the gospel to those who are most in need, provide an alternative community centered on Jesus (the church) to the marginalized and oppressed, and show the transformative power of the gospel to the watching world. Moreover, responding to oppression and social injustice in our world and our communities is a way the church can practice the charge of Jeremiah 29 for God’s people to seek the welfare of the cities where God has placed us, and to obey the call of James to practice “pure religion” (James 1:27) by caring for the most vulnerable.

In light of the theology of justice that permeates Scripture, we should give thanks that the renewed emphasis on care for victims and the oppressed has helped the church better realize a neglected aspect of its mission to the world. As Christopher J. H. Wright says,

Mission that claims the high spiritual ground of preaching only a gospel of personal forgiveness and salvation without the radical challenge of the full biblical demands of God’s justice and compassion, without a hunger and thirst for justice, may well expose those who respond to its partial truths to the same dangerous verdict. The epistle of James seems to say as much to those in his own day who had managed to drive an unbiblical wedge between faith and works, the spiritual and the material. If faith without works is dead, mission without social compassion and justice is biblically deficient.

As we preaches the gospel of Christ’s atoning work, leading to liberation from sin, we must also apply that liberating and atoning work to the evils of this world. Otherwise we are like the person to whom James refers in his epistle: “and one of you says to them, ‘Go in peace, be warmed and filled,’ without giving them the things needed for the body, what good is that?” (James 2:16)

Put simply, without embracing both the physical and also spiritual aspects of redemption, Christians will have an incomplete concept of God’s mission for the world.

As we celebrate the church’s reawakening attention to oppression and emphasis on action, we must watch out for our historical tendency to swing between extremes. One side focuses exclusively or primarily on meeting material needs—this could be labeled the “deeds not creeds” extreme, with its focus on action at the expense of proclamation. This approach, frequently but incorrectly labeled “social gospel,” reduces human beings to merely material beings and ignores the need for spiritual new birth and forgiveness of sin through the work of Christ, received through faith by hearing the word of God’s grace.

Fearing this pitfall, we sometimes swing to another extreme, the “anti-social gospel,” which could be dubbed “creeds not deeds.” This extreme emphasizes sound doctrine and focuses on proclamation, but meets only “spiritual” needs while ignoring or minimizing tangible action. As Michael Horton argues, a “creeds not deeds” approach fails because it is actually incompatible with biblical doctrine:

While it is certainly possible to have a church that is formally committed to Christian doctrine—even in the form of creeds, confessions, and catechisms, without exhibiting any interest in missions or the welfare even of those within their own body, I would argue that it is impossible to have a church that is actually committed to sound doctrine that lacks these corollary interests. With respect to individual Christians in their common vocations, the mercies of God in Christ propel a profound sense of obligation and stewardship. God has given us everything in Christ, by grace alone, so our only “reasonable service” is to love and serve our neighbors out of gratitude for that inexhaustible gift.

To avoid the pendulum-swing between extremes, the church must emphasize both creeds and also deeds, recognizing that Good News results in good deeds. Without that theological center, the church will be tempted to spin off into either deeds only or creeds only. God’s grace motivates repentance and change, and only by proclaiming God’s gracious, merciful response to our sin and failure will we find the fuel for loving and serving our neighbors in action and in truth.

The rise in awareness of oppression and concern for victims from the church should encourage us. Because of God’s lavish grace toward us through the work of Jesus, we are motivated to be agents of his grace to others, especially the vulnerable and oppressed. By responding to oppression and injustice, the church has the opportunity to be a light to the nations and to participate in God’s mission by welcoming the weak and powerless to find grace, mercy, and rest in Jesus Christ.

Justin Holcomb is a pastor at Mars Hill Church, where he serves as executive director of Resurgence. He is also Adjunct Professor of Theology and Philosophy at Reformed Theological Seminary. Justin wrote On the Grace of God. He and his wife, Lindsey, are the authors of Rid of My Disgrace: Hope and Healing for Victims of Sexual Assault. He is also the editor of Christian Theologies of Scripture: A Comparative Introduction. You can find him on Facebook, Twitter, and JustinHolcomb.com.

Because of the faithful prayers and gifts of God’s people work has resumed on the inside of the Guesthouse/Hall of Tyrannus. The Lord’s grace and mercy has been with us every step of the way! Please continue in your prayers for God’s grace and provision!

( Pictures may be enlarged by clicking over them) 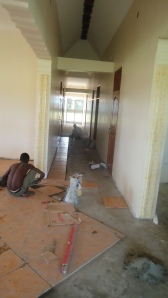 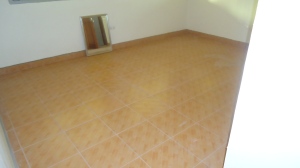 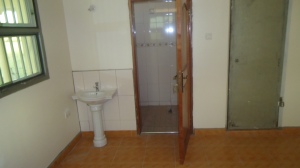 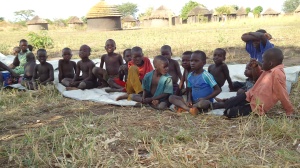 A dear friend and sister in the Lord pointed Carol and me to this beautiful song on YouTube. All the pictures and words have greatly touched my heart in a very special way. It brings great joy to my heart at the great privilege which has been given to Carol and me by our Lord and King!.

We are moving ahead with joy!!

We are made to know Christ and to make Him known!  The driving passion of Reaching Africa’s Unreached is to proclaim the supremacy of Christ in all things in North Uganda, South Sudan, Northeastern Democratic Republic of Congo, and , Lord willing, further north in Africa!

“There is not one square inch over planet earth of which the risen Christ does not say, ‘Mine! And I rule it. I am supreme over it.’” Abraham Kuyper

In the YouTube video below is a stirring presentation on the supremacy of Christ and the glorious gospel all disciples of Christ have the privilege to share. 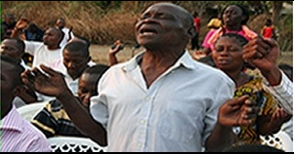